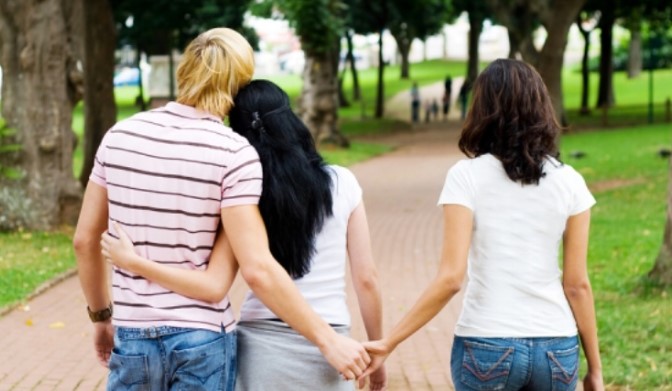 There are many reasons as to why husbands may cheat on their wives. In fact, there is so much information available online about cheating husbands that it can be difficult for a woman to know the signs of infidelity or what sources have accurate information.

Here are seven reasons that lead husbands into the arms of another woman and how you can fight back:

1. To feel the control again.

When a woman is very controlling over small things in her husband’s life, he may shy away from doing anything that feels like “work.” Men are often referred to as being simple creatures who want nothing more than imtimacy, food and rest. So if you are obsessing over his every move or are unwilling to compromise on some of your differences, your husband will feel powerless against you. A cheating man wants to be able to have power in some way, so he turns elsewhere for it.

When a man is no longer making his wife feel like he can provide for her and be the savior of the family, she’ll begin to think that she can manage on her own and maybe even do better without him. Of course this isn’t true, but it’s sometimes how the man will see the situation and one of the reasons why husbands cheat. He feels as if he can’t provide what she needs or save her from whatever is bothering her (her mother, mother-in-law, etc.). This is when he begins looking elsewhere. While it could lead to an affair with another woman who works too much or doesn’t appreciate anything he does, sometimes cheating just becomes easier because there’s no chance for you to make him feel like a man.

3. To feel attractive and lusted after.

There’s nothing like a bit of flirtation, verbal or physical, to make a man think he’s still got it – and this one of the most common reasons as to why husbands cheat. So if your husband is feeling as though you don’t desire him anymore, he’ll look elsewhere.

Some people like roller coasters, some like bungee jumping and others like having affairs. Adrenaline is a powerful, addictive drug and reasons as to why husbands cheat can seem thrilling and exciting for some men. There’s the risk of getting caught and the anxiety that goes with trying to keep it under wraps, but then there’s also that feeling of domination over his wife because he pulled it off without her knowing. Being able to get away with cheating makes a man feel more in control of his life and explains why husbands cheat.

5. To experience something new.

Some men are bored in their relationships, while others are just curious. Either way, boredom or curiosity may lead to reasons as to why husbands cheat. Once they begin finding other women who are more willing to try new things in the bedroom (or wherever), the excitement begins and it’s hard for him to turn back .

Revenge is a powerful tool. If your husband gets easily jealous or needs to feel like he’s the only man you desire, then chances are he’ll seek out other women for this very reason. And if he has already cheated in the past, there’s a good chance it will happen again now that you know about it.

7. To fill an emotional void.

Some married couples simply aren’t emotionally fulfilled by one another anymore – though they may not be aware of this until something happens between them. However, when one spouse starts looking elsewhere, this is usually the result of an emotional void. For whatever reason, your husband may now feel as though you don’t love him and he’ll go elsewhere in order to fill that void with someone or something else.

And if you want to avoid making any one of these mistakes so your husband doesn’t cheat, there are some things you can do: show interest in his life, let him know how much you appreciate all that he does for both you and the family, give him regular intimacy (and not just when it’s good for you) and don’t create a home environment that makes him feel underappreciated or useless.

Related Topics:news
Up Next

What is mSpy and How Does It Work?